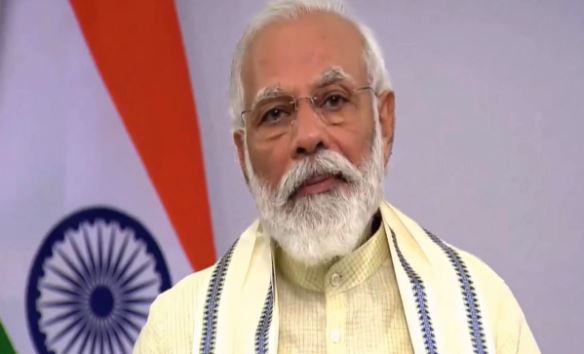 As Prime Minister Narendra Modi turned 70 today, birthday wishes poured in from all corners. Narendra Modi became Prime Minister of the country for the second time in a row when BJP won the Lok Sabha elections in 2019. After he was first elected to power in 2014, Modi since then has not only changed the political landscape of the country but took several strategic decisions which have drastically changed the nation.
His government will always be known for demonetisation, GST, surgical strike, lockdown, swatch Bharat mission and other health and pubic schemes. But, Modi’s futuristic vision and push for Digital India has played a huge role in expanding India’s cyber horizon
On the occasion of our Prime Minister’s 70th birthday, here are moves that will push the dream of going completely digital and secure the future:

• Digital India: At the beginning of this decade it was tough to imagine that sending money even in the remotest village of India would be possible through a touch of mobile phone. All this has been possible due to the expansion of the internet network and affordability. The number of internet users in India growing by leaps and bounds, under the Digital India programme. Low-cost internet services have made the internet easily accessible to nearly 500 million users. This has also given a boost to several tech-based start-ups and IT companies.
• National Cyber Security Coordinator (NCSC) under National Security Council Secretariat (NSCS) coordinates with different agencies at the national level for cybersecurity matters.
• Information Technology Act, 2000 was enacted to provide legal recognition for electronic communication, electronic commerce and cyber crimes etc. IT Act has deterrent provisions to deal with cyber threats and cyber-attacks.
• The Indian Computer Emergency Response Team (CERT-In) issues alerts and advisories regarding the latest cyber threats and countermeasures on regular basis.
• National Critical Information Infrastructure Protection Centre (NCIIPC) has been established for the protection of critical information infrastructure in the country.
• Cybersecurity exercises are being conducted regularly to enable assessment of preparedness of organizations in Government and critical sectors.
• Guidelines have been issued for Chief Information Security Officers (CISOs) regarding their key roles and responsibilities for securing applications / infrastructure and compliance.
– Cyber Swachhta Kendra (Botnet Cleaning and Malware Analysis Centre) has been launched for the detection of malicious programs and provide free tools to remove the same.
– National Cyber Coordination Centre (NCCC) has set up to generate necessary situational awareness of existing and potential cybersecurity threats and enable timely information sharing for proactive, preventive and protective actions by individual entities.
– All the new government websites and applications are audited prior to their hosting and on regular basis after hosting.
– CERT-In conducts regular training programmes for network/system administrators and Chief Information Security Officers (CISOs) of Government and critical sector organisations regarding securing the IT infrastructure and mitigating cyber attacks.
– Under Cyber Crime Prevention for Women and Children (CCPWC) Scheme, Government of India has released grants to States/UTs including Andhra Pradesh for setting up of a Cyber Forensic cum Training Laboratory and organizing capacity building programme on cyber awareness and cybercrime investigation. Rs. 4.42 Crore has been released to Andhra Pradesh for the purpose.
– A Division has been established under the Ministry of Home Affairs to deal with Cyber and Information Security.
The Indian Computer Emergency Response Team (CERT-In) has entered into Memorandum of Understanding (MoU) with its overseas counterpart agencies/Computer Emergency Response Teams (CERTs) for information exchange and collaboration for cyber security incident response.

India will soon have a new cybersecurity policy, which he announced in his speech on India’s 74th Independence Day on August 15. Modi said that his government is aware of the threats emanating from cyberspace and how they had the potential to impact India’s society, economy and development. “Cybersecurity is a very important aspect, which cannot be ignored. The government is alert on this and is working on a new, robust policy,” he added.